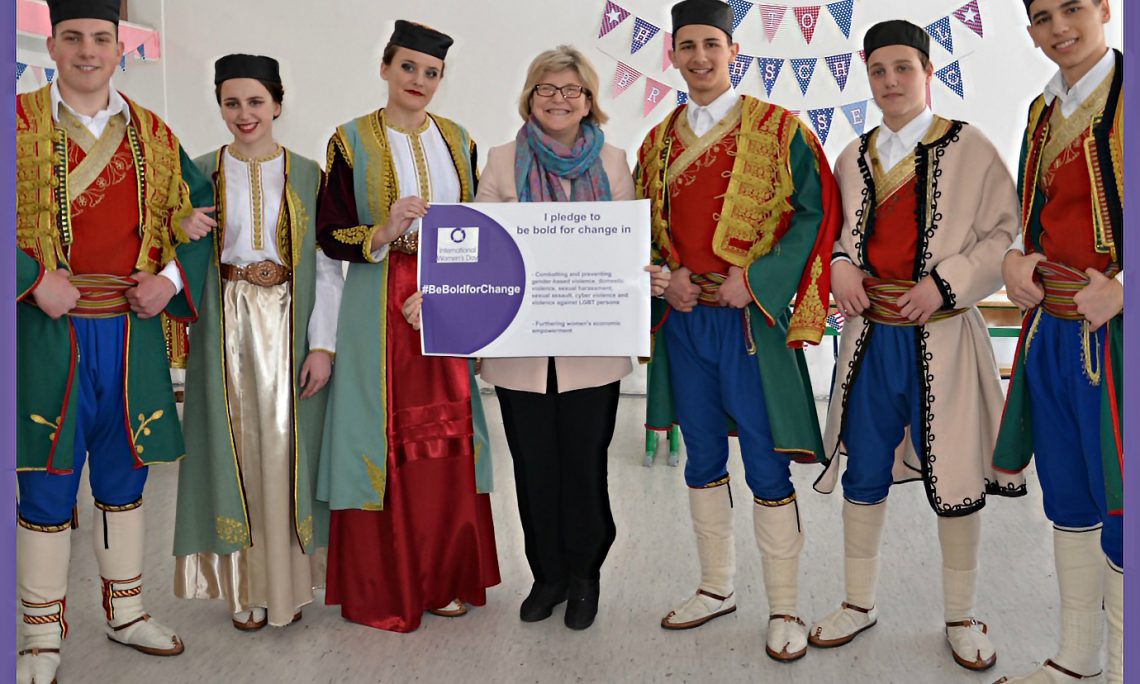 People around the world have gathered to mark International Women’s Day for over 100 years. Today we come together once again to celebrate the social, economic, cultural and political achievements of women. I understand that here in Montenegro the day has traditionally provided the opportunity to tell the women in our lives – mothers, daughters, friends, colleagues – how important they are to us.

But it can, and should, be so much more. International Women’s Day also represents a call to action to address a range of issues related to gender equality. We need to not only tell the women in our lives how important they are, but to show them how important women are by taking action to promote gender equality. There are many ways to do this, whether supporting a local women’s shelter that works to prevent gender-based and domestic violence; or pushing to increase women’s political participation; or standing up to demanding an end to child, early and forced marriages.

This year’s International Women’s Day theme is “Be Bold for Change.” As you may have seen on our Facebook and Twitter feeds, I and my Embassy have pledged to be bold for change in two areas: preventing and combating gender-based violence and furthering women’s economic empowerment.

Gender-based violence is a complex, widespread and multi-faceted problem. Gender-based violence can include everything from rape and sexual assault to domestic violence to forced marriage to genital mutilation. Worldwide, an estimated one in three women will be physically or sexually abused in her lifetime, and one in five will experience rape or attempted rape. This is an issue that doesn’t respect ethnicity, class or nationality.

During my time in Montenegro I have talked with groups working to combat gender-based violence and I am humbled by the dedication and passion of these activists.  Despite their hard work, much remains to be done and my Embassy pledges to continue supporting these efforts.

This year we are also pledging to further women’s economic empowerment. Unlocking the full economic potential of women is critical to boosting economic growth and development. According to UN Women, if men and women played equal roles in the labor market, global GDP could grow by over 25%. Globally women still earn 24% less than men for the same work.

The U.S. government believes that one of the most important ways we can further women’s economic empowerment is by investing in young girls. Investing in adolescent girls, particularly through education, benefits not only the girls, but their families, and entire communities and economies. Montenegro does this quite well, so now we need to ensure that these bright, educated young women are able to find employment or create their own businesses.

As you take the time to show the women in your life how important they are, how much you respect them, and how much you love them, I urge you to also take action to support gender equality and women’s rights. If everyone pledges to be bold for change today, next year we will have even more to celebrate.