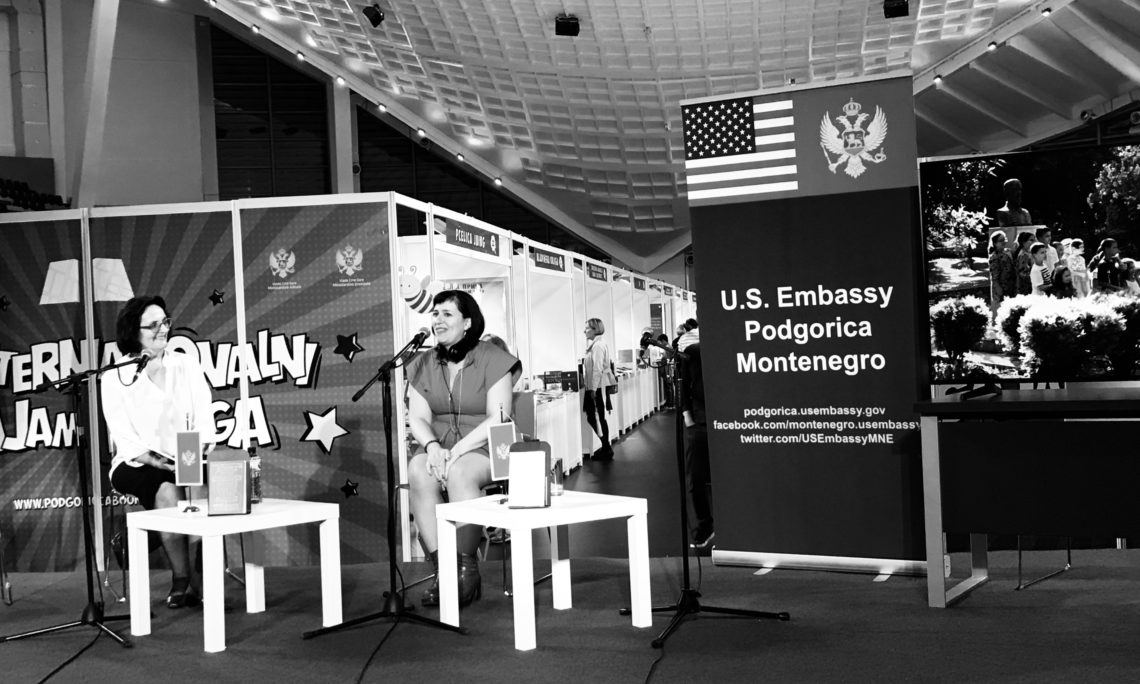 Shelly Oria, the author of New York 1, Tel Aviv, which earned nominations for a Lambda Literary Award and the Edmund White Award for Debut Fiction, was a special guest of the 5th International Podgorica Bookfair that took place October 1-5.

In a conversation with Montenegrin author Dragana Krsenkovic Brkovic, who translated her story “Beep” in the Montenegrin language, Shelly Oria spoke about her poetics as well as narrative strategies employed to create unusual moments in her prose.  One of the writing techniques explored in the talk rests under the novelistic label known as magic realism in which surreal elements are coupled with realism.  The translated stories have been published in the esteemed Balkan literary magazines ARS And Fokalizator.  Shelly also spoke about the theme of violence throughout her work, her memories of days in Tel Aviv, and her inclusion in the #metoo movement. (An anthology that Oria edited on the topic, titled Indelible in the Hippocampus, Writings from the Me Too Movement, came out from McSweeney’s Books a few weeks ago.)

Oria’s fiction has appeared in The Paris Review and elsewhere; has been translated to other languages; and has won a number of awards, including the Indiana Review Fiction Prize, a Sozopol Fiction Seminars Fellowship in Bulgaria, and the LMCC Workspace Grant. For several years, Oria curated and hosted the series Sweet! Actors Reading Writers in the East Village, along with theatre director Annie Levy. Oria lives in Brooklyn, New York, where she codirected the Writer’s Forum at the Pratt Institute for seven years, and where she has a private practice as a creativity coach. In 2016 she coauthored a digital novella, CLEAN, commissioned by WeTransfer and McSweeney’s, which received two Lovie Awards from the International Academy of Digital Arts and Sciences.