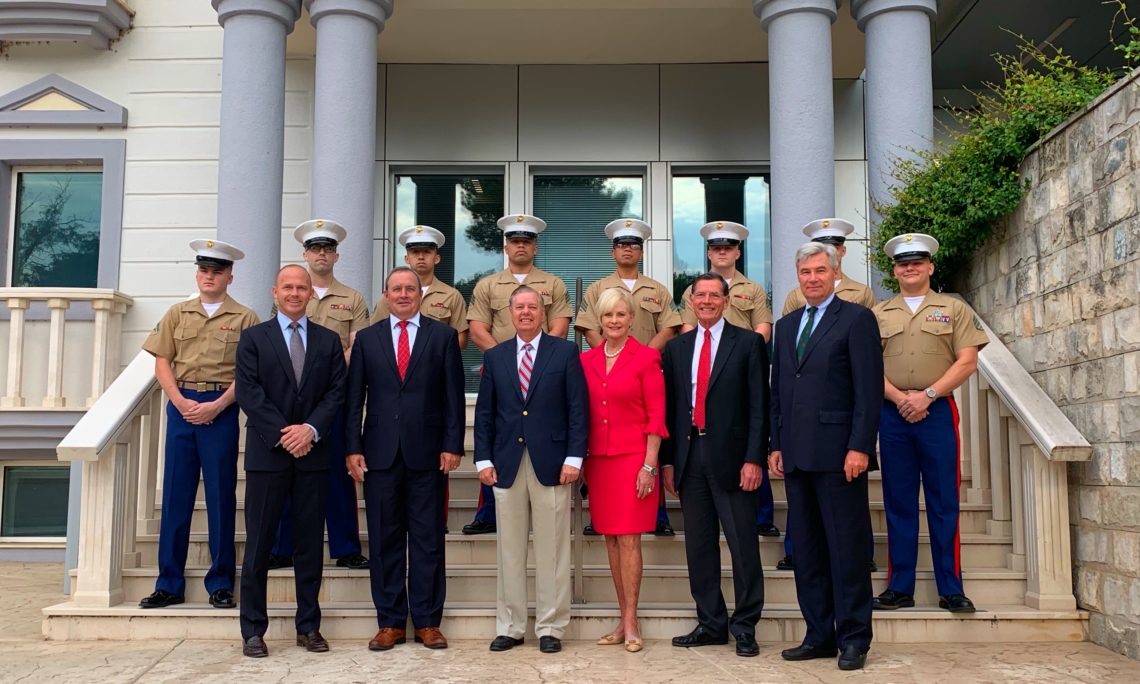 U.S. Senator and Chairman of the Judiciary Committee Lindsey Graham headed a Congressional Delegation to Montenegro September 3-5. Senator Sheldon Whitehouse, a Ranking Member of the Judiciary Committee, and Senator John Barrasso, the Chairman of the Environment and Public Works Committee, accompanied Senator Graham, as did Representative William Timmons, who serves on the Budget and Education and Labor Committees, and Representative Jeff Duncan, who serves on the Energy and Commerce Committee.

Cindy McCain also joined the Congressional Delegation.  A noted humanitarian and philanthropist herself, Mrs. McCain’s late husband, Senator John McCain, will long be remembered for his support for the Euro-Atlantic integration of the Balkans.

So proud to welcome Cindy McCain to #Montenegro. An accomplished humanitarian and philanthropist in her own right, Mrs. McCain’s late husband, Senator John McCain, will always be remembered as a great friend of this country. pic.twitter.com/uQr6pa6lDu

At the start of the visit, the delegation met with President Milo Đukanović.

The Congressional Delegation continued their visit by meeting the Speaker of Parliament, Ivan Brajovic.

During their visit to Montenegro, the Congressional Delegation took an aerial tour of Montenegro’s economic and infrastructure development projects in the North before departing for Croatia.

Uspješna posjeta – američkih senatora #CrnaGora! We were privileged to receive a U.S. Congressional Delegation in Montenegro. After a productive round of meetings with Montenegro’s leaders, we took an aerial tour of Montenegro’s economic and infrastructure development projects in the North. Thank you to the Montenegrin government and parliament for welcoming this distinguished group, and a special thanks to @lindseygrahamsc for leading the delegation.