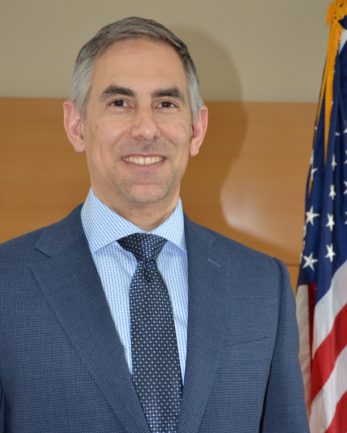 Lewis Gitter arrived in Montenegro in July 2018 to serve as U.S. Embassy Podgorica’s Political and Economic Section Chief.  From 2014 to 2017, Lewis served as the Deputy Political and Economic Section Chief at the U.S. Embassy in Maputo, Mozambique, where he led the Mission’s engagement efforts with the main opposition parties during an extended period of armed conflict and mediated reconciliation.

Lewis began his Foreign Service career in 2007, and his prior assignments include Kyiv, Ukraine, Santiago, Chile, and Kandahar, Afghanistan.  Before joining the State Department, Lewis worked for several years as a Senior Project Manager in Internet development in New York and was a Peace Corps volunteer in Donetsk, Ukraine.  He graduated with a Bachelor of Arts in Psychology from Georgetown, University, and completed his Masters coursework in Journalism at Temple University.  He speaks Russian, Spanish, Portuguese, and Montenegrin.  In his free time, Lewis enjoys fitness, tennis, diving, and sailing, and is an avid fan of Philadelphia sports teams.  He is joined in Podgorica by his wife, son, and fluffy Pomeranian named Sunny.