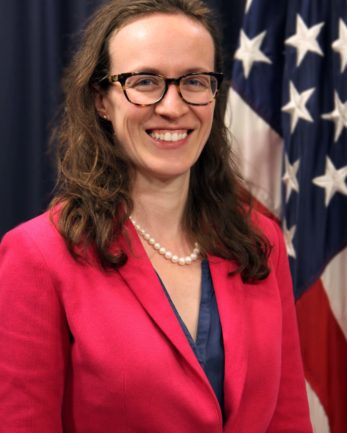 Nicole Gallagher is currently the Public Affairs Officer at the U.S. Embassy in Podgorica, a position she assumed in July 2019.  A career member of the U.S. Foreign Service, she previously served as the Press Officer at the U.S. Embassies in Santiago, Chile and Sofia, Bulgaria.   While posted to Washington, Nicole served as the Bulgaria Desk Officer.  She joined the Foreign Service in the spring of 2007 after working for a non-governmental advocacy organization in London, England.  Her first tour was in Mexico City, where she served as a Vice Consul.

Nicole earned her M.A. in International Relations and European Studies at the Central European University in Budapest, Hungary in 2005.  She graduated Phi Beta Kappa from The University of North Carolina – Chapel Hill in 2004, where she earned her B.A. in American Studies and Political Science.  A native of Washington D.C., Nicole is married and has two children.