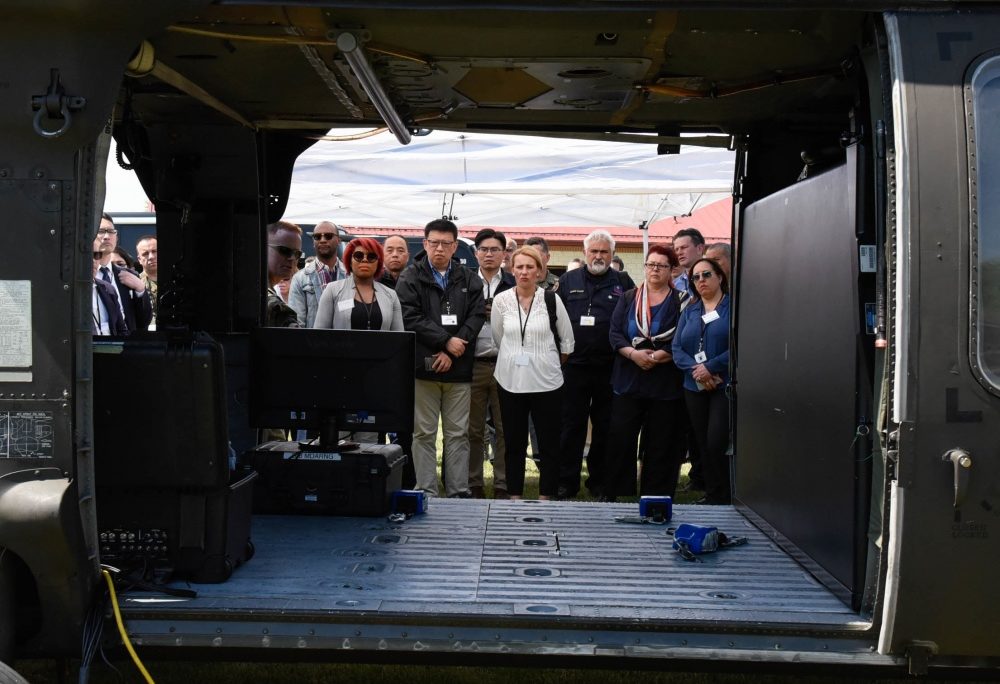 Montenegro, along with other members of the Adriatic Charter and Estonia, recently participated in the Vigilant Guard 2018 training organized by The Maryland National Guard.

Designed as a response to a hypothetical catastrophic hurricane in the Mid-Atlantic region of the United States, Vigilant Guard was an exercise that allowed Maryland authorities to collaborate with federal and local agencies to test interoperability and crisis response.

The Maryland National Guard has an official partnership with Estonia and Bosnia and Herzegovina.  For Vigilant Guard 18, Maryland also invited the rest of A-5 so the association could learn best practices and possibly replicate a similar exercise in the A5’s home region.

“At the end of the day these countries’ armed forces are very similar to the National Guard in that one of their primary missions is to support the civil authority during natural disasters,” said Army Cpt. Harrison Bittenbender, a Maryland National Guard Bi-Lateral Affairs Officer working with the Joint Staff of the Ministry of Defense of the Armed Forces of Bosnia and Herzegovina.

Bittenbender is optimistic that the A-5 might organize a Vigilant Guard-type exercise of their own within the Balkans by 2020.  The Maryland National Guard would be an ideal partner for such an activity.

Also known as A-5, the Adriatic Charter is an association of Western Balkan countries including Albania, Croatia, Macedonia, Montenegro, Bosnia and Herzegovina, and the United States. The A-5  was originally designed to help usher the Balkan states into NATO membership, and the association’s intent has also evolved to include strengthening coordination and capabilities between the states at the regional level.