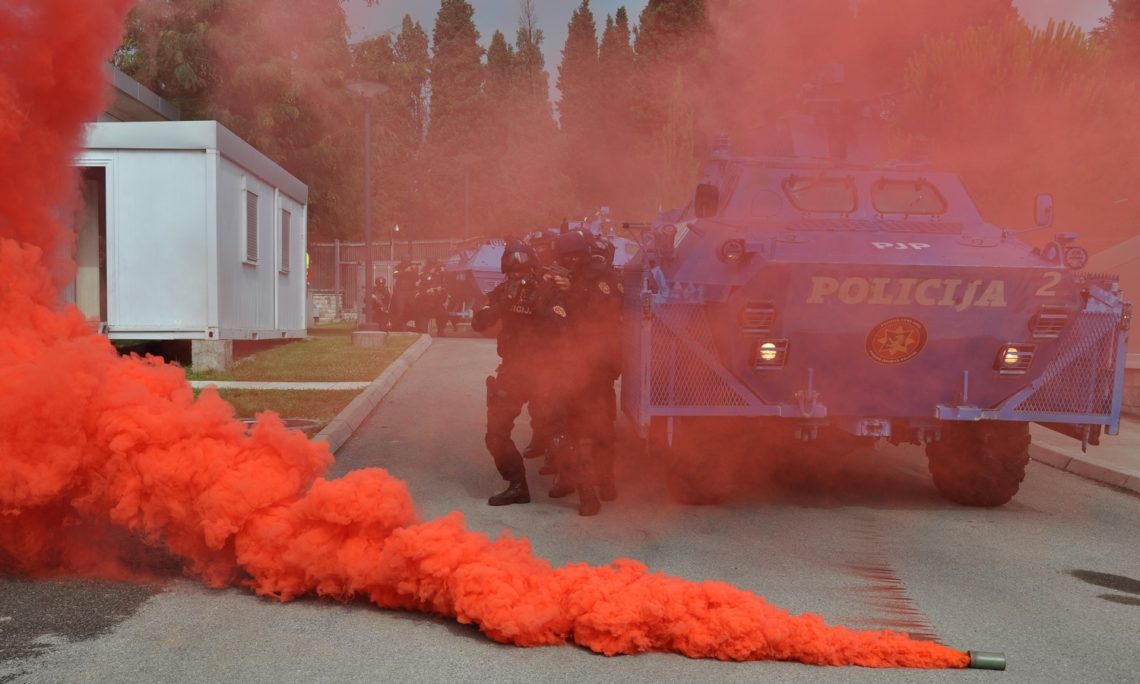 On Saturday June 9, National Police and U.S. Embassy security forces conducted a joint exercise on the Embassy’s compound to strengthen interoperability between allies and support the development of Montenegro’s domestic security capabilities.  The exercise, dubbed Gvozdeni Orao or Iron Eagle, was the first ever of its kind in Montenegro.  Special police operators from PJP (Posebna Jedinica Policije), uniformed and traffic police officers from PD Center Podgorica (Centar Bezbjednosti Podgorica), and first responders from Podgorica’s Fire Department (Sluzba Zastite I Spasavanja Glvnog Grada) and Medical Center (Hitna Pomoc I Urgentni Centar) participated in the event alongside their American counterparts.

In the exercise, U.S. and Montenegrin forces united to confront a complex coordinated attack on the U.S. Embassy.  The training event began with a simulated vehicle borne, improvised explosive device followed by an attack by armed assailants.  Police and American security staff responded to the Embassy moments later to mitigate the threats to personnel.  Later, emergency medical first responders identified and triaged simulated casualties.

The readiness drill ‎is an example of the close partnership between Montenegrin and American police and emergency response forces.  The United States regularly provides training and donates equipment to the National Police to improve and expand Montenegro’s capacities to respond to emergencies ranging from security threats to natural disasters.  The National Police are long-standing partners of the Embassy.  Many of the participants from the Embassy and local police in Gvozdeni Orao collaborated in the aftermath of the deadly grenade attack on the Embassy in February.