After World War I, the U.S. Red Cross was the first foreign organization that came to Montenegro to aid the people in the war-torn country. Alongside American volunteers – doctors and nurses – came photographers. They were inspired by the untouched nature of Montenegro, but also by the courage and resilience of its people. Here, we present a small portion of the extensive photo collection of the American Red Cross Montenegro Mission. The photos in this archive represent a unique and historically invaluable testimony of times gone by. One hundred years ago and now, the United States and Montenegro stand together in solidarity.

Throughout history, Montenegro and the United States have always been partners and friends. Our mutual history is the best witness to the good relationships and long-lasting friendships that our nations share. As partners and allies, we have many common goals and values. Today, as in the past, we stand together in building a better future for our people.

A street exhibition showcasing the support of the American Red Cross Mission to Montenegro 1919 – 1922 traveled across Montenegro in 2021, allowing the residents of Podgorica, Niksic, Herceg Novi, Bar, Pljevlja, and Cetinje to enjoy it. 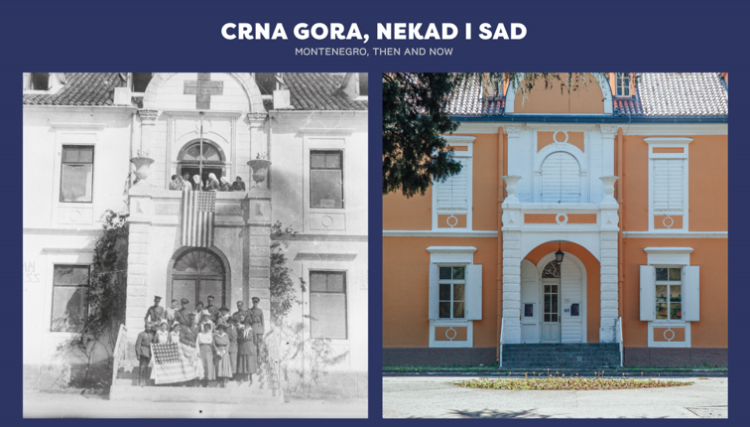 Did you know that Petrovic castle in Podgorica was an American Red Cross hospital right after WWI? 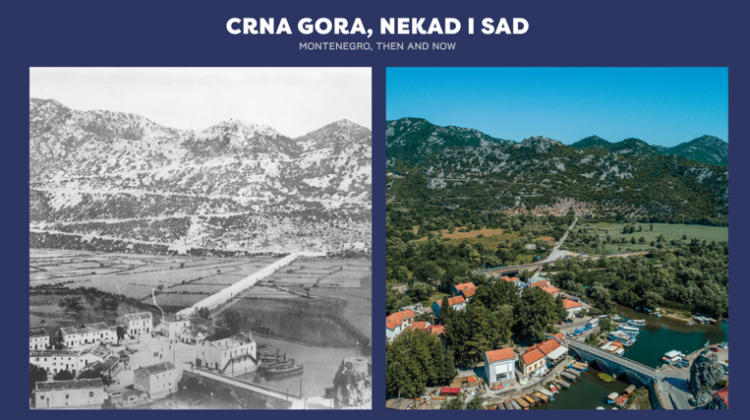 On January 8, 1919, 10 doctors, 14 nurses, and one dentist – dedicated volunteers from the United States, arrived in Montenegro to help its friendly people. Virpazar was one of the towns where the members of the American Red Cross treated the local population. 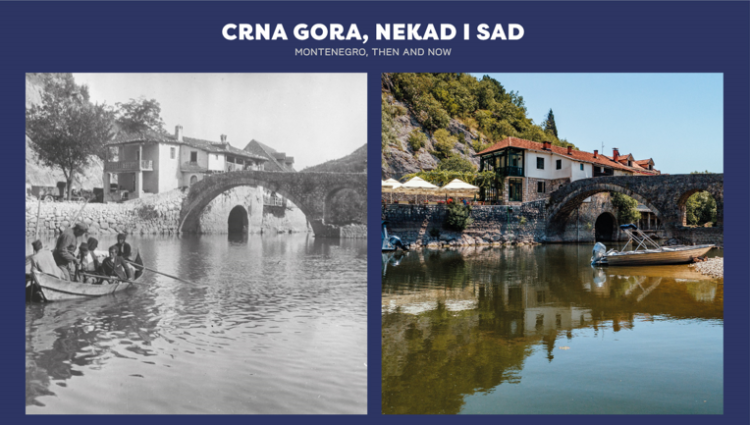 American photographers lenses captured the beauty of Rijeka Crnojevića in 1920. Close to this charming place, in Cetinje, members of the American Red Cross Mission encountered the only functional hospital in Montenegro. Soon after, they initiated the construction of hospitals in Podgorica, Niksic, and Kolasin. 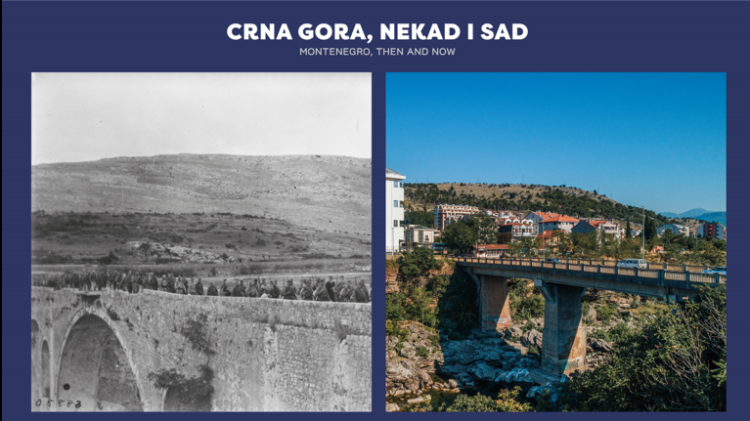 One of the iconic symbols of old Podgorica was captured in a photo taken by an American photographer – Vezir’s bridge. When the Austro-Hungarian army was retreating from Montenegro, it destroyed many bridges. American Red Cross volunteers were the first to repair them in order to transport humanitarian aid across Montenegro. 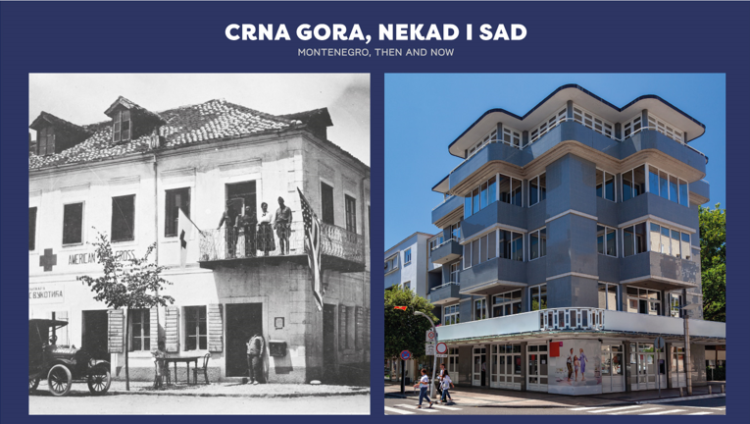 The first aid from the American Red Cross came to Montenegro at the end of 1918. The Red Cross team found a catastrophic situation on the ground as malaria, tuberculosis, parasitic infections, dysentery, and trichinosis were widespread. American doctors noted that 25% of winter illnesses were caused by a lack of adequate clothing and footwear. 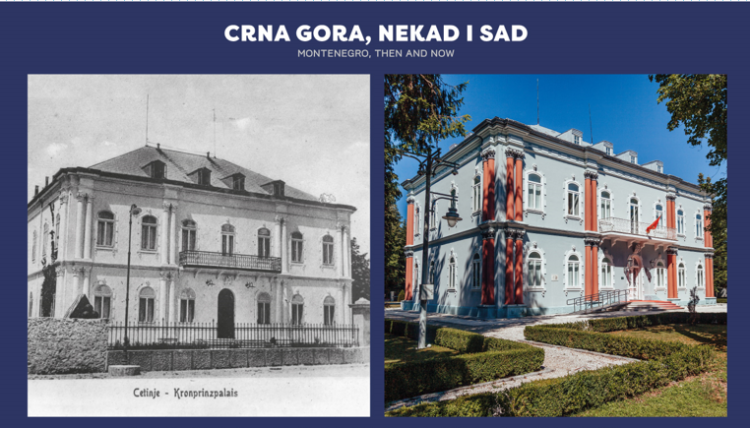 The only existing functional hospital in Montenegro after the First World War was in Cetinje, not far from the heir to the throne’s residence, today known as the “Blue Palace.” Members of the American Red Cross were stationed in this hospital. Soon after, the hospital in Podgorica opened on January 31, 1919, then in Nikšić on February 17, and in Kolašin at the beginning of April. 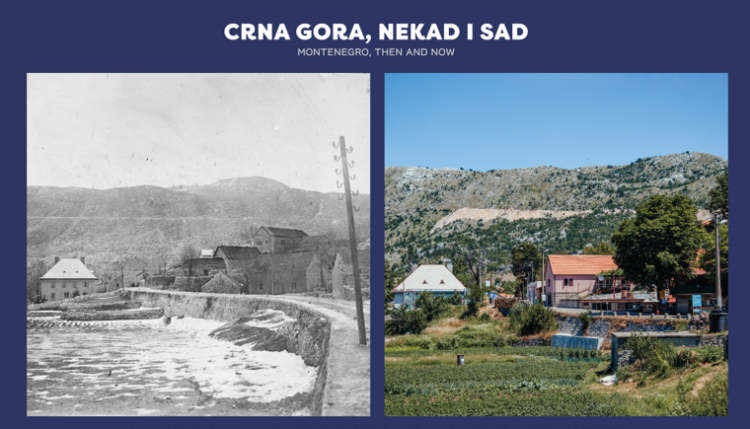 Montenegrin rulers, originating from this small place – Njegusi, and especially King Nikola, established cooperation between the Montenegrin and American peoples. Diplomatic relations with the United States were established in 1905, when John B. Jackson, U.S. Envoy Extraordinary and Minister Plenipotentiary, presented his credentials to Prince Nikola. 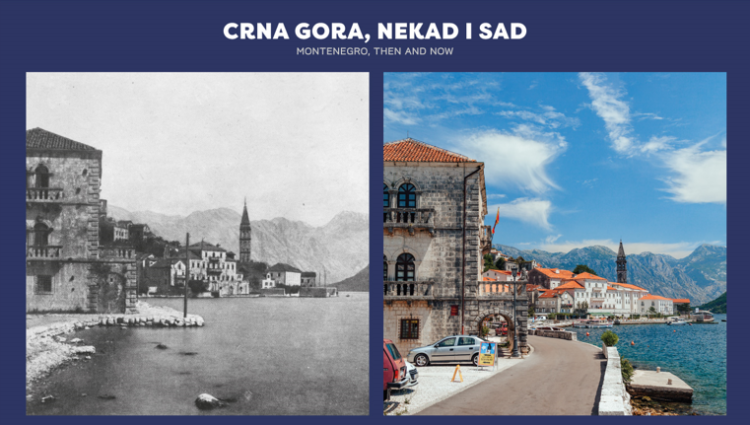 The beauty of Perast enchanted the famous Hollywood photographer, Oscar winner, and a member of the American Red Cross mission in Montenegro, Alexander Edoart. During its time in Montenegro, the Red Cross Mission opened a hospital in Podgorica, two orphanages in Podgorica and Danilovgrad, schools, clinics, canteens, and a dental clinic. 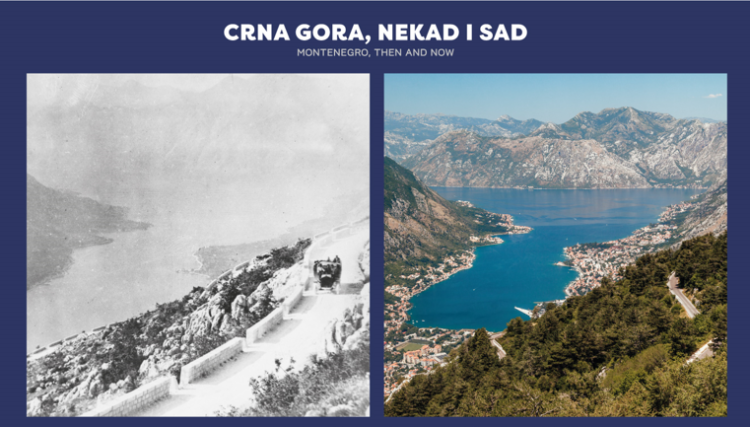 The first team of the American Red Cross arrived at this port from Toulon. They brought 450 tons of medical equipment, medicine, clothes, food, and 60 tons of gasoline. They even brought 23 motor vehicles. The initial plan was to mount an urgent first aid mission that would last for six months. 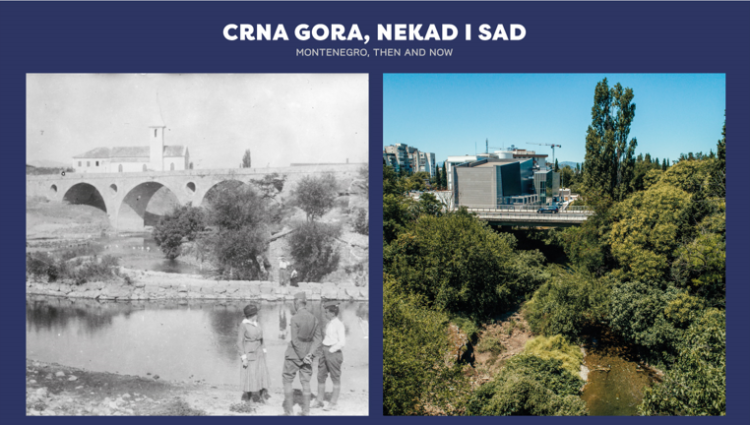 The old bridge that inspired an American photographer was once used by American humanitarians to transport food and clothes to Kolasin, Cetinje, Niksic, Grahovo, and Bar. The bridge does not exist today, but the two nations’ friendly connections are very much alive.