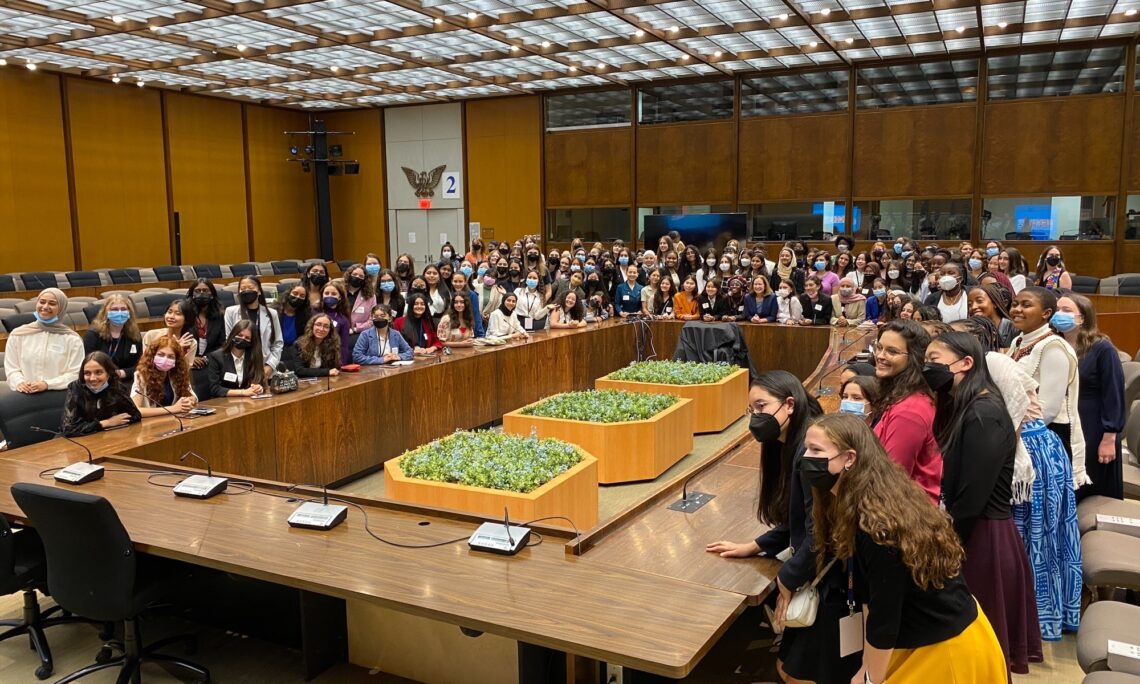 On Friday, July 29, the Bureau of Educational and Cultural Affairs (ECA) hosted 136 TechGirls, including three participants from Montenegro, at the Loy Henderson auditorium in Washington, DC. The event concluded the month-long science, technology, engineering, and math (STEM) summer camp, as part of the TechGirls exchange – a U.S.-based summer exchange program designed to empower and support young women (ages 15-17) from the United States and select countries around the world to pursue higher education and careers in STEM fields through hands-on skills development training with American technologists.

The TechGirls had the opportunity to hear from Operations Director in the Secretary’s Office of Global Women’s Issues Mark Pannell and ECA Alumni Outreach Specialist Asha Beh. ECA Assistant Secretary Satterfield delivered congratulatory remarks highlighting how USG-sponsored programs like TechGirls support the United States’ global commitment to promoting STEM education and advancing the rights of women and girls around the world. Quoting one of the TechGirls participants, Assistant Secretary Satterfield encouraged the group of young women to “look, think, and build” – and to believe in themselves and all they can accomplish through their continued education.