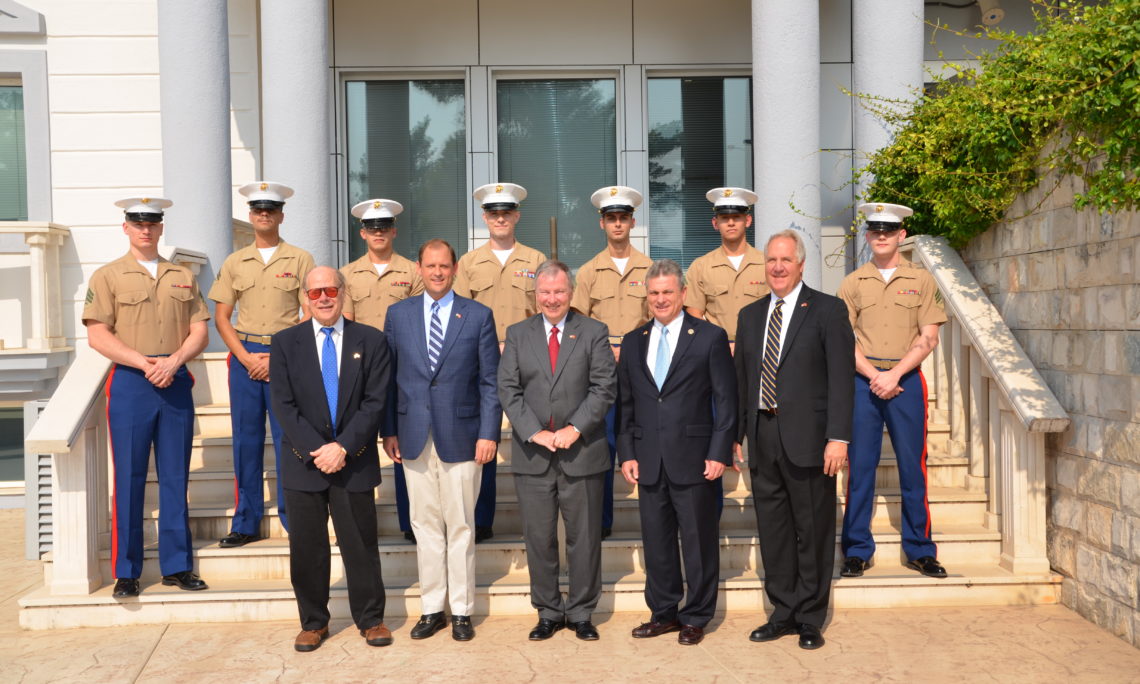 Congressman Doug Lamborn (R-CO), Chairman of the Montenegro Caucus in the United States House of Representatives, led a delegation of five members of Congress to visit Montenegro August 31-September 2, 2017.

During their visit, the congressmen met with Deputy Prime Minister Zoran Pazin, Foreign Minister Srdjan Darmanovic, and Minister of Defense Predrag Boskovic.  In addition, Charge d’Affaires Judy Kuo hosted a reception where members of the delegation had the opportunity to meet with local NGO leaders and other government officials.

Rep. Lamborn was elected to the U.S. House of Representatives in 2006 to represent Colorado’s Fifth District.  He is a high-ranking member on the House Armed Services Committee and also serves on the House Committee on Natural Resources. https://lamborn.house.gov/

Rep. Shimkus serves as a member of the U.S. House of Representatives for the 15th District of Illinois.  Among his duties in Congress, he is a senior member of the House Energy and Commerce Committee and represents the U.S. Congress in the NATO Parliamentary Assembly. https://shimkus.house.gov/

Rep. Andy Barr has served as the U.S. Representative for Kentucky’s Sixth Congressional District since January 2013.  He is a Member of the Committee on Financial Services. https://barr.house.gov/

Rep. Carter of Georgia is serving his second term in the U.S. House of Representatives where he is a member of the Committee on Energy and Commerce.  As the only pharmacist serving in Congress, he is the co-chair of the Community Pharmacy Caucus. https://buddycarter.house.gov/