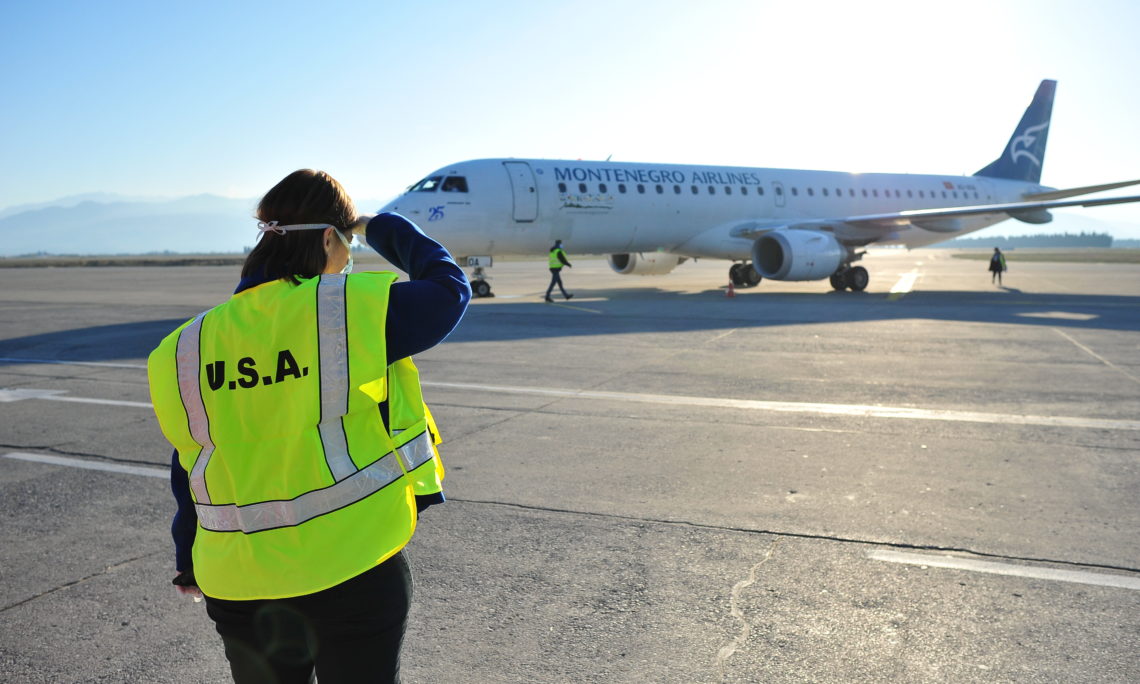 The U.S. Embassy in Podgorica organized a Montenegro Airlines flight on the morning of April 9, 2020 to transport 26 U.S. citizens and residents to London, for onward flights home to the United States. The flight stopped in Sarajevo on the way, picking up an additional 22 U.S. citizens and residents. Nationals of Canada, Hungary, Ireland, the Netherlands, Serbia, South Korea, Switzerland, and the United Kingdom also boarded the plane in Podgorica and Sarajevo.

U.S. Ambassador to Montenegro Judy Reinke was present at the airport to wish her fellow Americans, who had been visiting Montenegro temporarily, a safe and speedy journey home. The U.S. Department of State has no higher priority than the safety and wellbeing of U.S. citizens abroad. During the COVID-19 crisis, the State Department has facilitated the repatriation of over 45,000 Americans from around the world.

On the return flight from London, the Montenegro Airlines plane is bringing Montenegrin and Bosnian citizens home, including 15 Montenegrin high school students who had been studying in the United States through the U.S. Department of State-sponsored Future Leaders Exchange (FLEX) Program.

Ambassador Reinke said “We are very thankful for the support we received from the Montenegrin authorities, in addition to the great cooperation we received from Bosnia and Herzegovina and the United Kingdom, in facilitating the travel of our citizens at a time of unprecedented crisis. The cooperation that went into ensuring the success of today’s flights shows us how much we can achieve when we work together.”