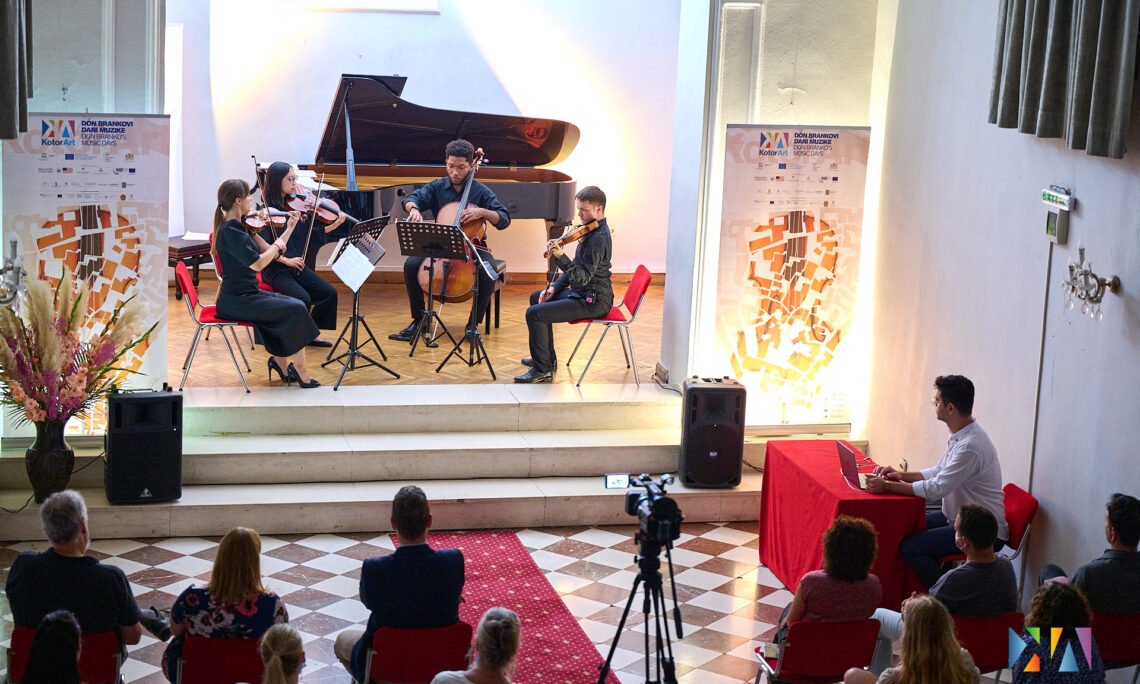 As part of a U.S. Embassy-funded grant project titled “Cultural Intertwining: Strengthening Montenegrin-American Ties Through Music and Cultural Heritage” and facilitated by the Don Branko Sbutega Foundation, a group of young musicians from the United States and Montenegro came together to create four classical and experimental musical compositions, which they performed as part of the “Music of Friendship” concerts in Kotor and Santa Barbara, CA on August 12 and September 30, 2022, respectively. Ambassador Reinke offered remarks at the premiere performance in Kotor during the KotorArt Festival.

The project aimed to enhance music production, networking and professional development in the arts, and educational initiatives between the United States and Montenegro and to promote each country’s cultural heritages through artistic collaboration. Despite challenges due to the COVID-19 pandemic, the project succeeded in empowering young U.S. and Montenegrin musicians to create and share their unique musical compositions with U.S. and Montenegrin audiences.