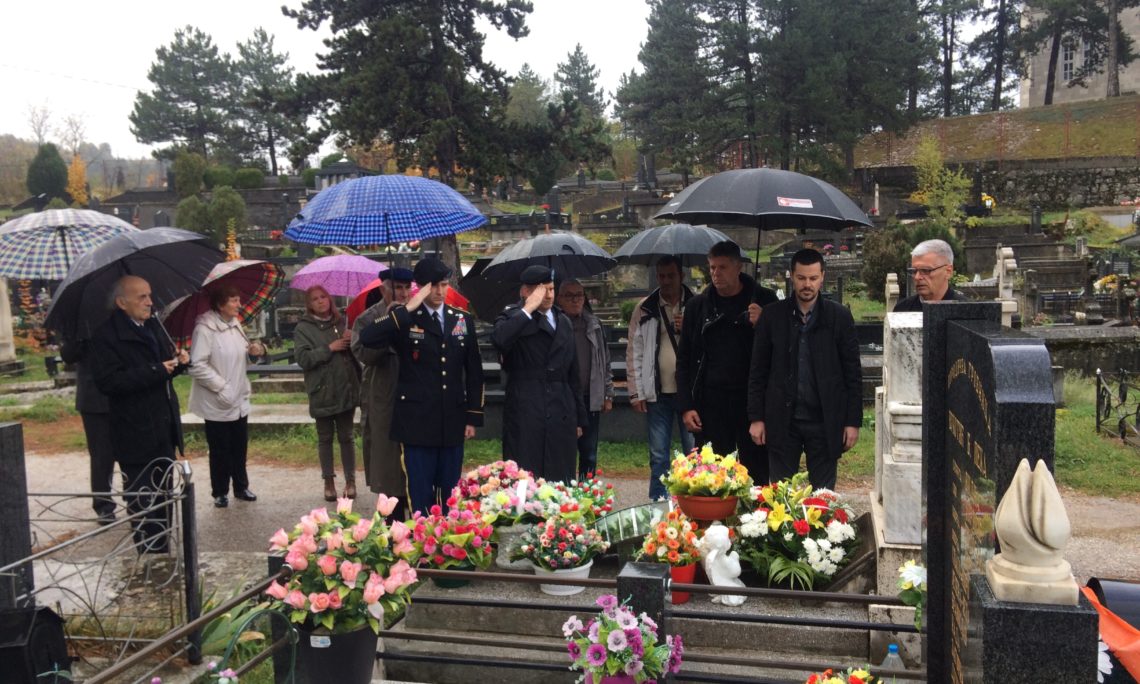 On November 7, Senior Defense Official and Defense Attaché, COL Michael S. Tarquinto, and Operations Coordinator, MSG Matthew O’Keefe, observed Veterans Day by laying wreaths in the Nikšić cemetery at the gravesites of six Montenegrins who served in the United States Armed Forces.  In his remarks, COL Tarquinto honored the brave service of the veterans, noting the spirit of their sacrifice lives on today.

These brave Montenegrin men answered the call to service in uniform and joined their fellow Americans, not for glory or riches, but because they were willing to sacrifice for a cause larger than themselves.  They fought for the shared values of the United States and Montenegro – freedom, justice, equal opportunity, and a respect for all.

Four million Americans served in the military, 2 million were sent to Europe, and 1.4 million engaged in combat, helping turn back the Germans at the Marne and fighting storied battles at Cantigny, Château-Thierry, Belleau Wood and St. Mihiel.