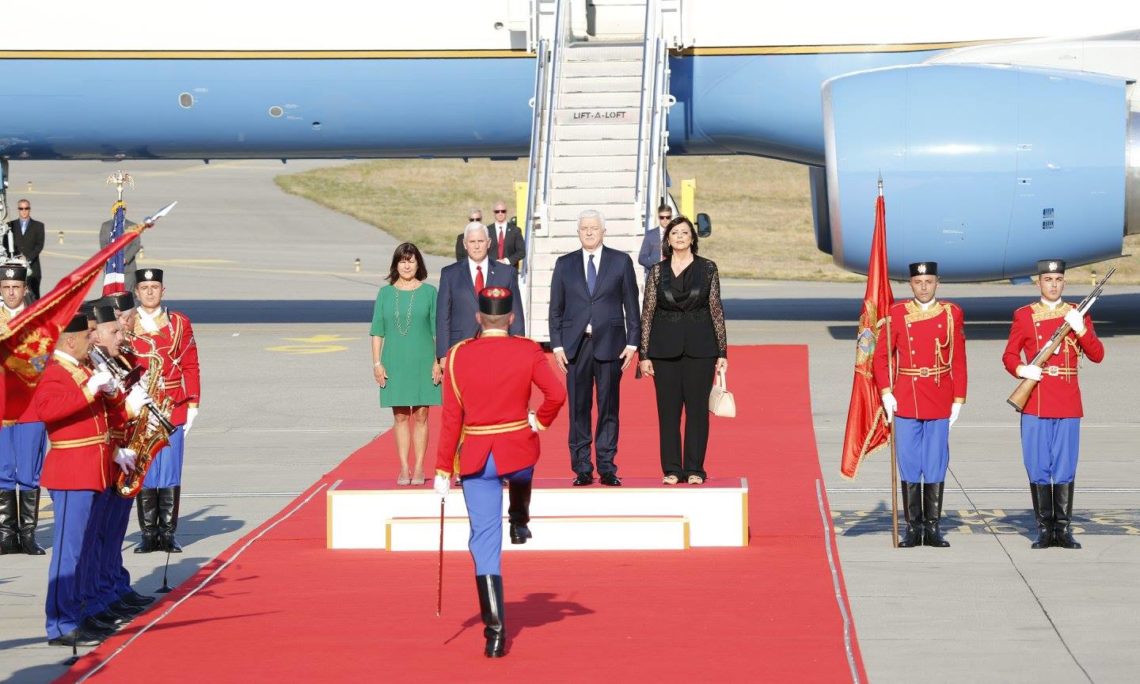 Vice President Mike Pence and Second Lady Karen Pence landed in Montenegro on Tuesday, August 2 and were greeted by Prime Minister Dusko Markovic and his wife, Nata. The two leaders met and the Vice President thanked the Prime Minister for Montenegro’s leadership in promoting regional stability. Following their meeting, Vice President Pence also spoke at the Adriatic Charter Summit, saying that in these times of widening threats and provocations, we must stand together in defense of all that we hold dear. Before leaving Montenegro, Vice President Pence and Mrs. Pence also met with the staff from the United States Embassy in Podgorica, Montenegro and their families and thanked them for their service to the American people.