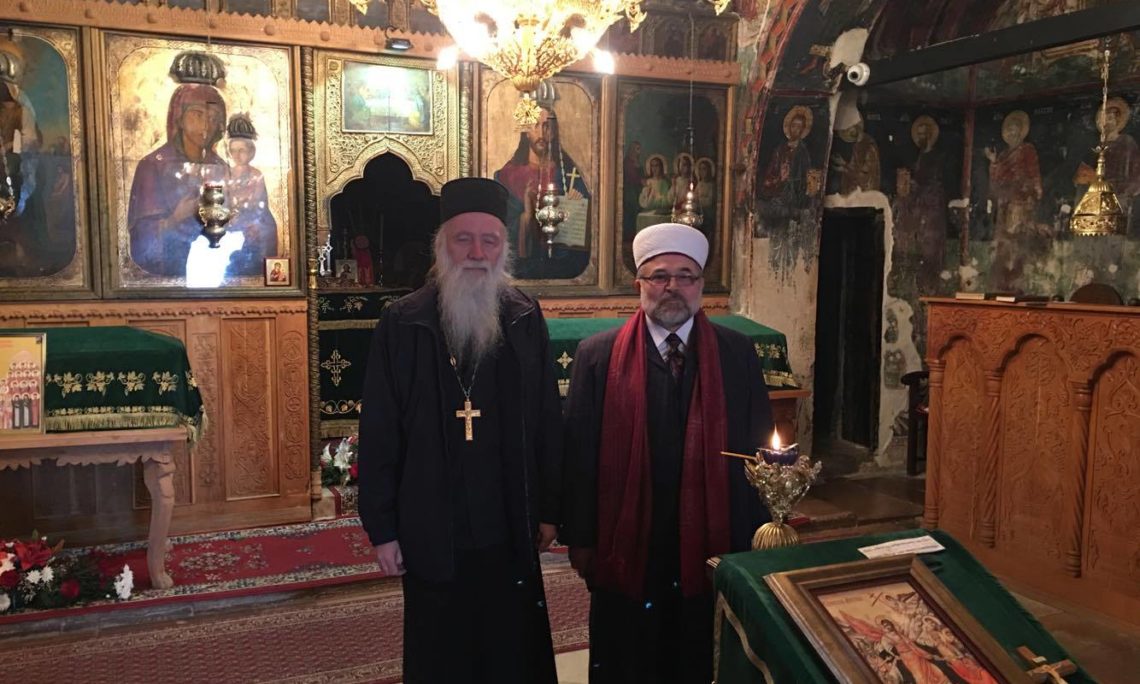 Imam Dr Talal Eid is a well-known Muslim scholar, theologian, activist, and lecturer on Islam and Muslims, and on Christian, Jewish, and Muslim relations in North America and around the globe. Last week he was our guest and he traveled around Montenegro, north to south, and shared his knowledge on the blessings of diversity. Imam Eid discussed the future of interfaith dialogue with audiences in Rozaje, Pljevlja, Bar, Ulcinj and Podgorica.

Besides being a theologian, Imam Eid is an expert on issues related to Islamic pastoral care and counseling and International Religious Freedom. He has over 40 years of experience as an Imam and marital and family therapist. As he is a consultant, specialist, and expert on Islamic law, including issues of youth, he brought great expertise to his presentation for Madressa students in Tuzi. In a vivid discussion they talked about youth and conflict resolution in Islam and the Imam addressed the current issue of challenges for youth in a more radicalized world.

In Rozaje, Imām Eid talked about Jesus and Muhammad and their meaning to us. At his presentation, we had a great turnout, and he was hosted by Deputy Mayor Mirsad Azemovic and Reis of the Islamic Community Montenegro Rifat ef. Fejzic.

Imām Eid visited the Orthodox Monastery and Husein Pasha Mosque in Pljevlja and met Chief Imam Kadribasic and Representatives of the local Pljevlja Museum and addressed citizens on the same topic.

In Bar he visited the Islamic Center Selimia, accompanied by Chief Imam Mujdin Milaimi. Then he traveled to Ulcinj to the Sailor’s Mosque. He had a vigorous debate with citizens of Ulcinj, the Chief Imam of that municipality, local imams and representatives of the Orthodox Church.

Ambassador of the United States to Montenegro, Margaret Uehara, gave introductory remarks to his lecture in Podgorica. The event was organised in cooperation with NGO Horizon and the Islamic Community Montenegro.