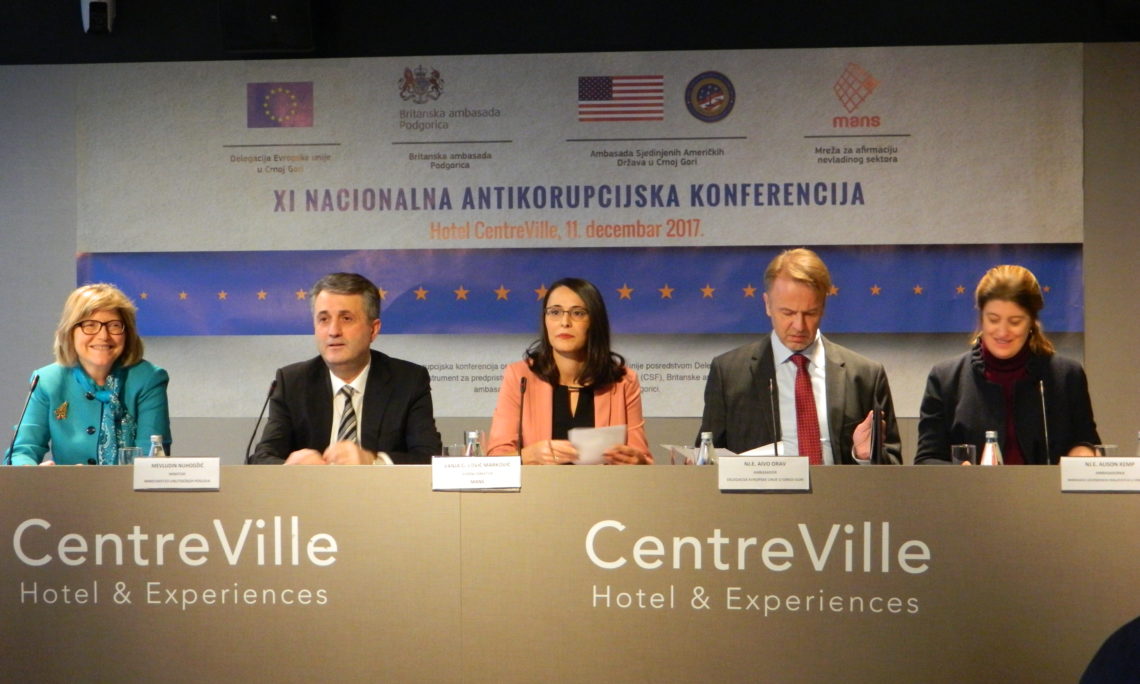 On December 11, 2017, the Embassy of the United States supported the organization of the XI Conference Dedicated to the Fight against Corruption, organized by the Network for Affirmation of NGO Sector (MANS).  Ambassador Uyehara gave opening remarks, stressing the importance of  the fight against all forms of corruption, particularly political corruption and the recovery of stolen assets.

This Conference is a traditional event, organized to mark the entry into force of the United Nations Convention against Corruption.